It appears everything has come true from my story COME SILENT WINGED SLEEP (the third story in my anthology STORIES OF AN AWKWARD SIZE). 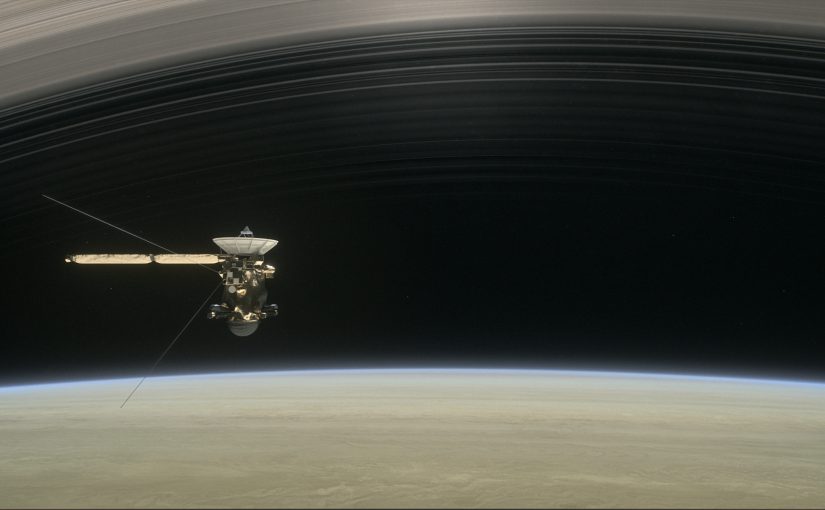 The Canberra Deep Space Network station is monitoring Cassini’s final plunge right now. At approximately 8.32 PM AEST tonight (6.32 AM EDT), Cassini’s 20 year mission will end in fire, inside Saturn’s atmosphere.
An appropriately Viking funeral for a diligent explorer.
The signal received by Canberra will cease approximately 83 minutes later, due to the speed of light and Saturn’s immense distance from earth, at around 10.54 PM AEST.